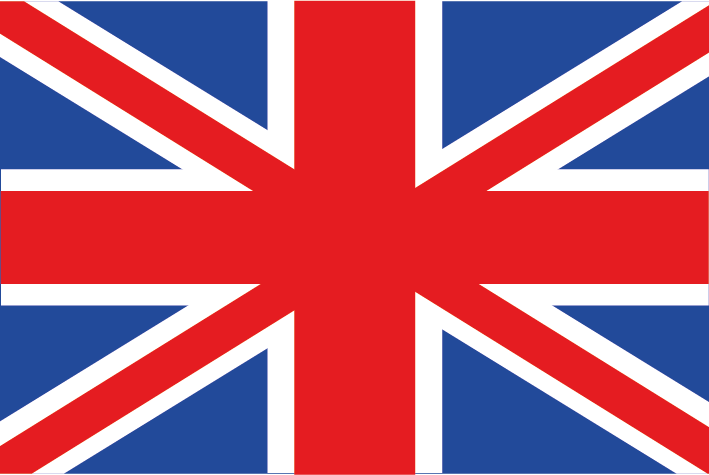 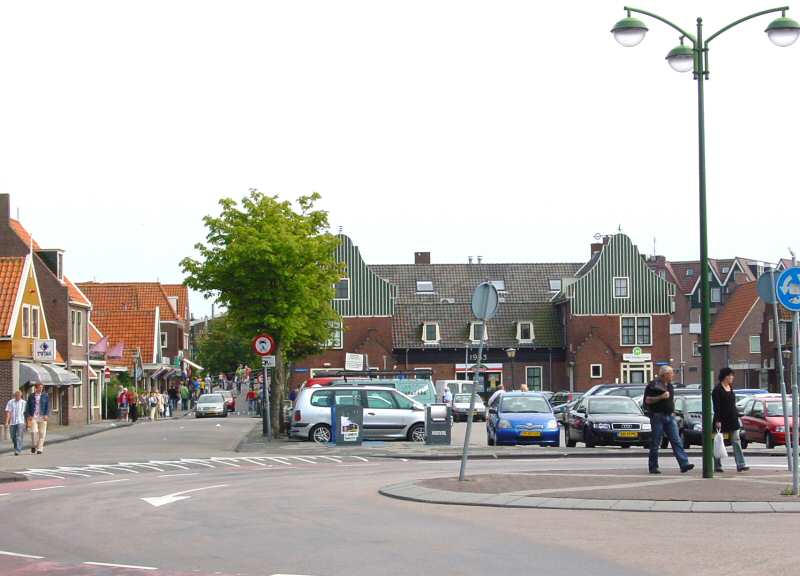 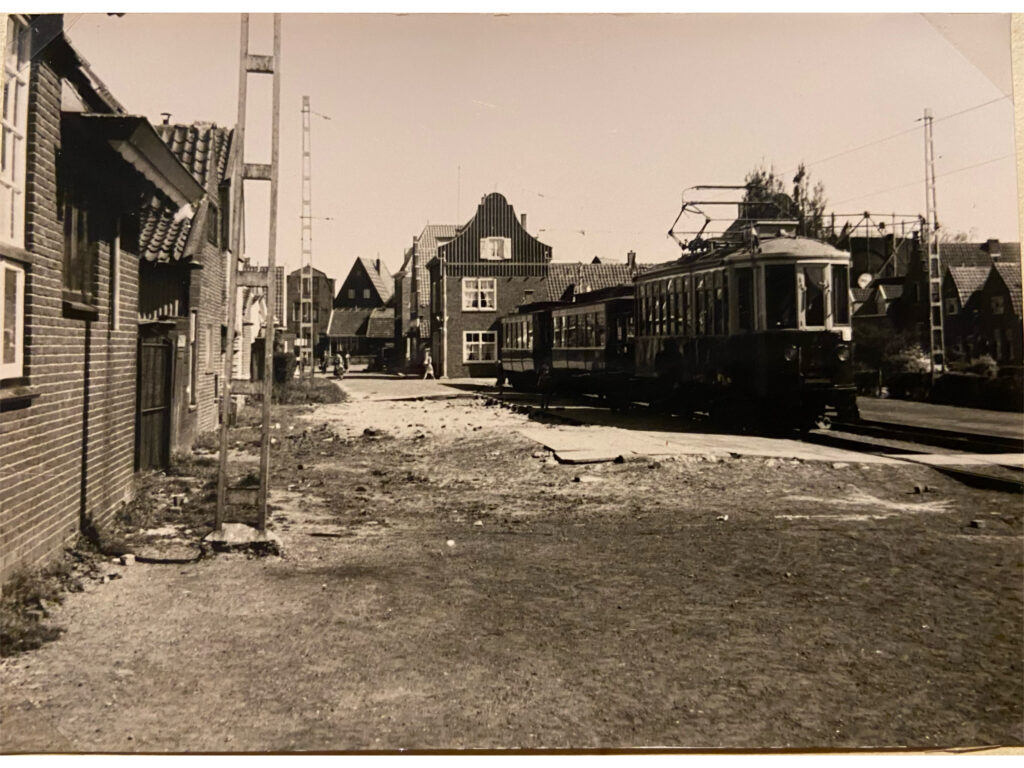 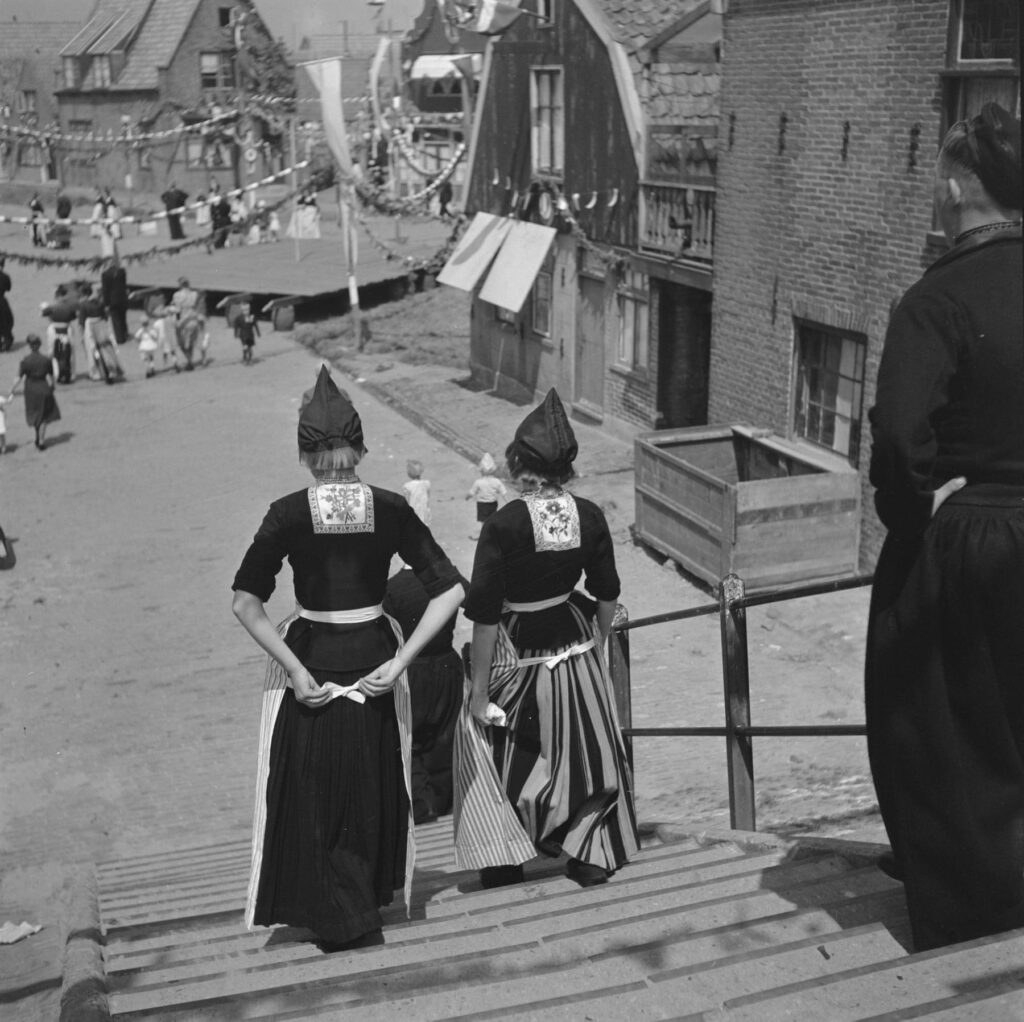 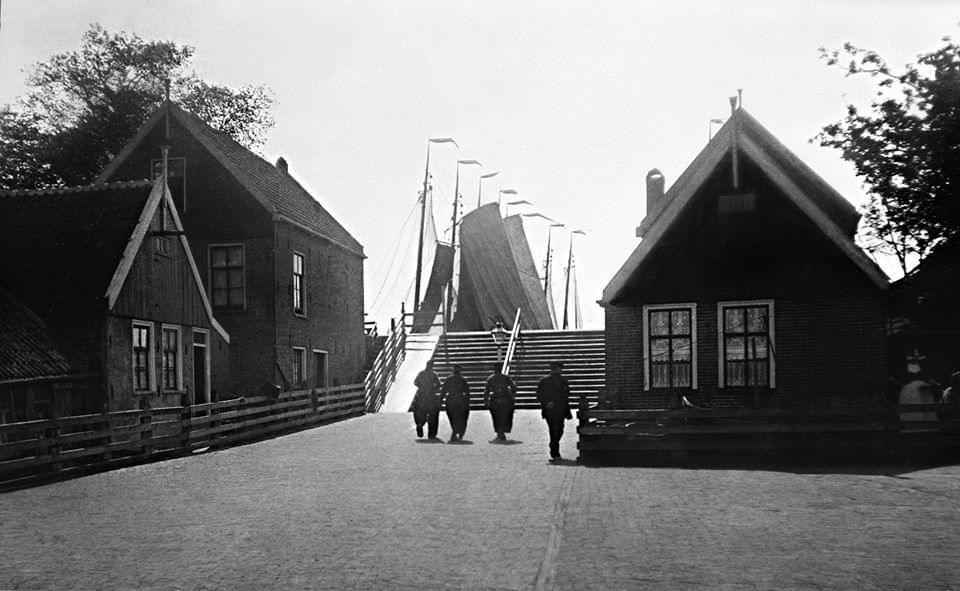 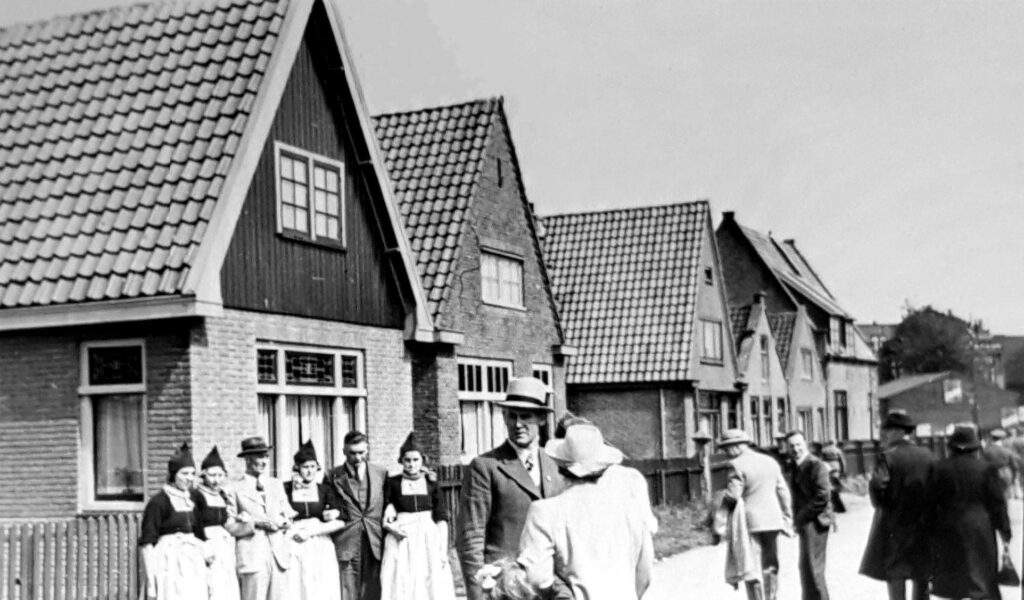 To Volendam by tram

Two streetcars or tram lines connected Volendam’s Europaplein (located behind you) to Amsterdam from 1906. One led via Edam/Monnickendam, the other through Kwadijk. The grounds of the station and its shunting yard all the way up to the dike were commonly known as Het Spoorplein. The station waiting room was located opposite Havenhof shopping centre; the name Stationsstraat (formerly colloquially known as Spoorstraat) is testament to this, as is the Spoorbrug (Railway Bridge) that connects Stationsstraat to Edammerweg. Residents of this area were known to live in De Spoorbuurt (Railway Neighbourhood)

Visitors to Volendam could enter the historical harbour by streetcar, walking from het Spoorplein using a stairway located at what later became Havenstraat (where you are standing now). The wall picture presents an image of this street view, with the Volendam fishmonger as a welcome committee.

As of 1954, travellers by tram would no longer debark at Spoorplein but at the official Stationsplein. This is where the electric streetcar’s final ride was completed, before the connection to Amsterdam was replaced by bus services. 1958 saw the renaming of Stationsplein to Europaplein, in accordance with the 1957 establishment of the European Economic Community (EEC), forerunner of the European Union. Europaplein was later expanded into a parking area and became the locale for the annual late summer fun fair. Nowadays this square is free from car traffic, and ornamented with a fountain, several terraces, and two light poles that hearken back to the ones found in the harbour in the old days.

A viaduct: entryway to a world famous harbour
In the mid-1950s a viaduct was built over Havenstraat to ease visitor transit to the harbour. The street was renamed Zeestraat, referring to the town’s illustrious fishing history. Volendam had been on the Zuiderzee (South Sea) coast until the construction of the Afsluitdijk in 1932. The viaduct was opened in late 1955. It presents a view of Dril area and the Dril bridge. The Dril canal was shut and filled in 1925, after which the street and bridge were conceived. The viaduct, surrounded by shops and cafes, offers an appealing entryway to the harbour at IJsselmeer, an international meeting spot.